APPLE, INC. v. QUALCOMM, INC. Before Moore, Reyna, and Hughes. Appeal from the Patent Trial and Appeal Board. Summary: Apple lacked standing to appeal an IPR decision upholding patents it licenses from Qualcomm, despite Apple’s… more

This is a heads up for retirement plan providers and it has nothing to do with retirement plans. It has to do with your website and the pictures you may use. As you know, I have this website called that401ksite.com and you should… more

The Senate Economic Development, Housing and General Affairs Committee had its first look at H.313, a bill passed by the House that proposes to make miscellaneous changes to alcoholic beverage laws. Among other things, the bill allows… more

Over the past few years, the National Labor Relations Board has frequently weighed in on employer’s workplace and employee handbook policies, examining whether an employer’s policy impacts employees’ rights under Section 7 of the… more

by Proskauer - Law and the Workplace

On April 9, 2021, the U.S. Department of Labor (DOL) rescinded the Trump-era enforcement practice of abstaining from seeking liquidated damages in connection with pre-litigation investigations and settlements of wage and hour claims… more

The measures taken by the Vermont Department of Financial Regulation (the “DFR”) in 2020 in response to the COVID-19 pandemic have been extended through 2021. These include a recognition that in-person board meetings in Vermont may not… more

In Network-1 Technologies, Inc. v. Hewlett-Packard Co.,1 the Federal Circuit held the claim term “main power source” was interpreted to include both AC and DC power sources, especially where specification never described that a DC… more

The SEC announced on April 8, 2021 the departure of Jane Norberg, Chief of the SEC’s Office of the Whistleblower.  Ms. Norberg had been with the Office nearly since its inception in 2012, serving as its first Deputy Chief and then as… more

The Fed Plans to Unveil Digital Dollar Prototypes in July - "The Boston Fed and MIT hope to unveil some of their work in the third quarter, including at least two prototype software platforms that could move, store and settle… more

We’ve all heard the standard language in drug commercials: After a string of increasingly dire warnings about risks and side effects (a list that seems to nearly always end in “death”), a cheery voice will urge you to, “Ask s432 doctor… more

In Hearn v. Comcast Cable Communications, LLC, the Eleventh Circuit Court of Appeals held that a FCRA claim arising nearly a year after the termination of a subscriber agreement was subject to the arbitration provision included in the… more

Variation powers under construction contracts typically contemplate work being authorised as a variation where it is instructed in writing. This can give rise to disputes over whether work is a "variation" if it is instructed orally. A… more

Just yesterday, the U.S. Department of Labor issued a series of frequently asked questions regarding the COBRA provisions of the American Rescue Plan of 2021 (ARP) — along with four model COBRA notices. The FAQs clarify a number of… more

Last week was argument week, which sometimes means lots of Rule 36 affirmances and not a lot of precedential opinions. Still, that didn’t stop the Court from issuing an interesting, and relatively rare, precedential decision on… more

The new Interpretation provides flesh to the bare bones of the provisions on punitive damages contained in China’s specific IP laws, which largely omit details on their specific application… more

As we previously reported, in 2019 the California Chamber of Commerce filed suit against the State of California requesting that the State and private enforcers be enjoined from requiring Proposition 65 warnings on foods that contain… more

On March 22, 2021, the Baltimore City Council passed legislation that mandates changes to all residential leases and impacts when late fees may be imposed. Specifically, the law, entitled “Late Fees for Past Due Rent,” provides that… more

What is the standard of care imposed by the Model Form JOA on the well operator?  Crimson Exploration Op., Inc. v. BPX Op. Co. gives us the answer, and it is no surprise… more

We recently wrote about the Federal Circuit’s 2020 decision in Donner Technology, LLC. v. Pro Stage Gear, LLC, where the Federal Circuit vacated the PTAB’s denial of an obviousness challenge due to its finding that the prior art was… more

Under what is referred to as the “American Rule,” successful litigants in state and federal courts in the United States generally cannot recover their attorney’s fees and expenses from their opponents. Unless there is either a statute… more

Key Points - Between September 2020 and March 2021, at least 35 SPACs have been hit with one or more shareholder lawsuits filed in New York state court. - These lawsuits generally allege that SPAC directors breached their… more

In December 2020, as part of its review to update Bermuda’s commercial insurance regime, the Bermuda Monetary Authority (BMA) issued a consultation paper proposing the introduction of an Internationally Active Insurance Group (IAIG)… more

In Washington: Congress returns this week from their two-week spring recess.   The Senate will continue its consideration of President Biden’s health care nominees.   On April 15, the Senate Finance Committee will consider the… more

This year, M&A is experiencing a rapid recovery due to increasing strategic consolidation, cross-border activity, and a spike in COVID-affected sector deals—especially in the healthcare industry. In 2020, everything changed. Jobs… more

After an extended and significant debate on Tuesday, April 6, the DC Council approved a delay in the Mayor’s submission of the FY2022 District budget to May 27, 2021. This is not the first time the budget has been delayed. The previous… more

Nonfungible tokens (NFTs) are the latest cryptocurrency craze. These one-of-a-kind-collectibles have dramatically risen in popularity and have penetrated mainstream marketplaces. Since NFTs are often associated with images, videos… more

During the COVID-19 pandemic, the federal government enacted three major pieces of legislation to provide financial relief to individuals and families. The American Recovery Plan Act (“ARPA”), the most recent legislation, provides the… more

The New Jersey Department of Banking and Insurance (the "Department") has issued Bulletin No. 21-07 to follow the extension of the  Federal Special Enrollment Period given the recent signing of the American Rescue Plan Act of 2021 and… more

Hydrogen is the new buzzword in every industry, and real estate is no exception. Hydrogen does not emit carbon dioxide when burnt and could therefore help reduce the climate impact of buildings, which in aggregate represent one of the… more

In the past week, President Biden announced a new vaccination progress target, while the Baltimore facility incident affected Johnson & Johnson’s vaccine delivery. In addition, the FDA issued a guidance document regarding inspection… more

In Hawk Mountain LLC v. RAM Capital Group LLC, the First Department held that, under New York General Obligations Law (“G.O.L.”) § 17-101, an acknowledgment of a debt tolled the limitations period for an action to recover a debt owed… more

Peter Ohr, the new top lawyer at the National Labor Relations Board (NLRB), issued a memorandum on March 31, 2021, regarding employees’ right to act together to improve their working conditions, which has long been guaranteed under… more

Many arbitration agreements address the finality of any resulting award, with differing and sometimes vague language. A number of readers might assume that regardless of the agreement language, federal courts still retain jurisdiction… more

Hydrogen—the smallest molecule, but one that holds the potential to be an energy superhero and play a significant role in reducing carbon emissions and slowing climate change. The H2 Handbook provides a comprehensive summary of… more

This is the fifth article in our series on selling the family business. For a refresher on how we got to this point, read our previous articles on letters of intent, marketing, and preliminary diligence… more

Welcome to Wiley’s update on recent developments and what’s next in consumer protection at the Consumer Financial Protection Bureau (CFPB) and Federal Trade Commission (FTC). In this newsletter, we analyze recent regulatory… more

Ben Franklin once said “by failing to prepare, you prepare to fail.” Based on the SEC’s latest risk alert concerning broker-dealers’ anti-money laundering (AML) compliance (or lack thereof), some firms would be well served to heed Mr… more

On March 31, 2021, New York became the 16th state in the U.S. (with New Mexico poised to become the 17th any day now) to legalize the recreational use of cannabis by people 21 years old or older, paving the way for the emergence of a… more 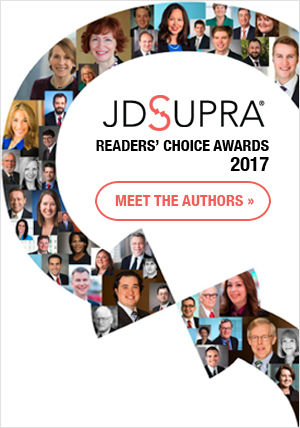 At Stroock, we are transforming the way legal services are delivered. In today’s competitive marketplace, we recognize the pressures facing our clients and understand success is no longer defined by…